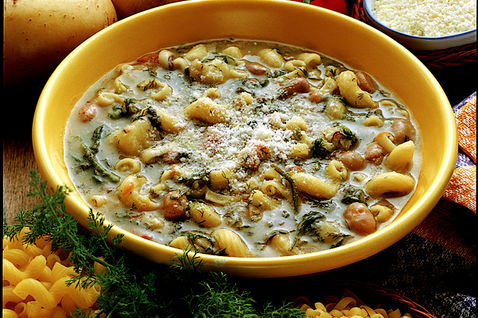 Today we want to offer a Sardinian recipe, an authentic dish coming from the “cucina povera“: a magnificent soup, really tasty and of course very filling. Soups in winter time are really spread in Italy and the main ingredients are beans or legumes such as lentils, peas and green beans, and if you think they are boring, just have a look to the exciting result you can have fom such a simpl mixture of ingredients!!!! Here for example the twist in the flavour is given by the wild fennel, the “secret” ingredients: you need to serve the fronds and the tasty leaves, not the bulb fennel.

A variation: iyou can also use 100 g. dried tomatoes. Put it in warm water and then finely chopped before adding it to the soup.